Opequon Presbyterian Church sits on the Kernstown Battlefield next to the city limits of Winchester, Virginia. It traces its roots to the first settlers who established worship there in 1732. As the “Mother Church of the Valley” it is the oldest in Shenandoah Presbytery. The first two houses of worship were of log construction. In 1790 a large formal stone building was constructed. Seventy years later, during the Civil War, the First and Second Battles of Kernstown enveloped the church and surrounding properties, the stone meeting house was badly damaged.

Through hard work and sacrifice the congregation repaired the extensive war damage only to see it all erased by a fire on the first Sunday of worship in the restored structure. Having persevered for more than a hundred and forty years the congregation did not give up. The Methodists across The Valley Pike were kind enough to share their space until 1895 when the fourth sanctuary was dedicated. Built from newly quarried, as well as reclaimed stone from the pre-war building, the small late Victorian structure accommodated worship for the next hundred years until the growing congregation needed a bigger space. In March 2005, Sunday worship was held in the fifth sanctuary on that site.

Singing that morning, and for the next fifteen years, was accompanied by the Rodgers 790A organ which had been moved from the former sanctuary, reconfigured, and voiced for the new, much larger space with its amazing acoustics. A few years ago it was suggested that it was time to plan for a newer, bigger, organ. A few thousand dollars was used as seed money and donations began to flow in. As typical of Presbyterians, a committee was formed, and they recommended the church purchase a three manual Rodgers Artist Series 589.

The organist, William Heavner coordinated the acquisition. He had the same role nearly twenty years earlier when the church replaced their 1972 Allen with the Rodgers 790A. This new Rodgers 589 would be Bill’s third organ during his thirty-year tenure at Opequon.

It appeared the organ would be in place on March 22, 2020, for a special worship service, planned to celebrate the fifteenth anniversary of the fifth sanctuary of a church in its 288th year. The new organ would be a surprise for the congregation. Surprise because the needed funds had flowed in through early donations even before the formal campaign was slated to begin.

But the new organ was not the big surprise of Mid-March 2020. The pandemic put a pause on in-person worship. Fortunately, Opequon had already established a live-stream option for Sunday worship and it seamlessly replaced in-person attendance. Installation of the new instrument was delayed until June and the Rodgers 589 was introduced to the congregation via live-stream and YouTube.

Opequon has been able to resume very limited attendance; but the majority of the congregation has yet to experience their new instrument in person and hear its magnificent sound in their incredible sanctuary. All are hopeful that the coming months will soon allow a few hundred voices to once again join together to fill the space with hymns of thanksgiving. The new Rodgers 589 will certainly be up to leading and supporting that joyful sound. 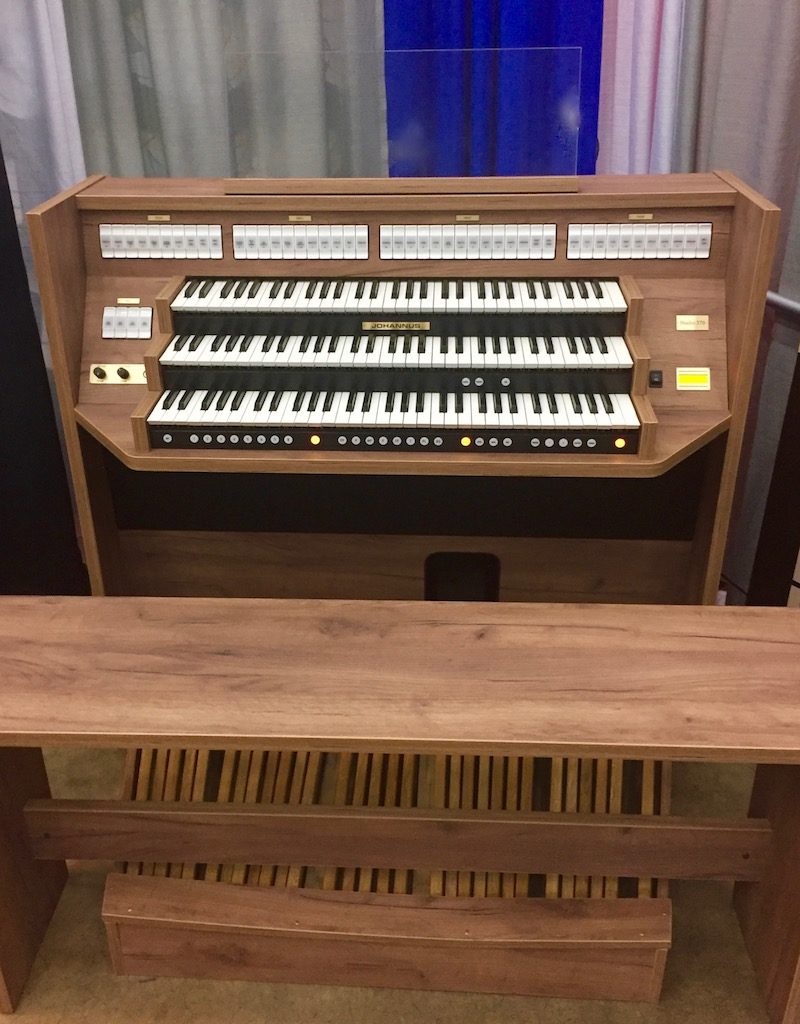